I ran across the story about the Korean Air flight that crashed in Guam in the late ’90s the other day.  It was a 747 that hit the side of hill about 3 miles short of the runway, killing most of the people on board.  The flight was at night (arrival time was about 1:30am) and the pilot’s lost sight of the runway on a visual approach due to inadvertent IMC entry.  They didn’t execute a missed approach soon enough, got too low, and crashed.

These were experienced pilots, mind you, who had flown into that airport a number of times. They were experienced enough to know when to execute a go around.  There were several other factors that led up to the crash, but, ultimately, they lost sight of the runway due to inadvertent IMC entry.

To all the VFR pilots out there, what do you do if you accidentally fly into a cloud?  It’s a lot easier to encounter inadvertent IMC at night, simply because you can’t see the clouds in front of you.  It is no less dangerous during the day, either.

So, we’re going back to the basics today.  What really is the best course of action for a VFR pilot when flying into a cloud?  One option (and in my opinion, the best option) is to turn around. Immediately start scanning your instruments, execute a shallow banked 180 degree turn while maintaining altitude, and fly out of the cloud you just flew into.  If you have an autopilot, turn it on immediately and let it do the turn.

One thing that could assist in spotting those clouds at night is turning the cockpit lights down.  This will allow you to see outside a little bit better and start to notice when those ground lights are disappearing. 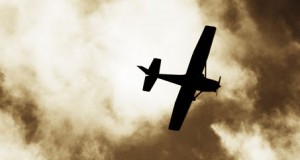 Most VFR pilots only do instrument flying on flight reviews.  That doesn’t lead to a very high level of proficiency, so go out and grab your instructor and tell him to put you under the hood once a month.  You’ll be a better pilot overall for it.

IFR pilots, taking a note from the Korean Air flight; if you lose sight of the runway on a visual approach, especially at night, go missed and ask for the instrument approach procedure.  Don’t try and duck down below the clouds as there may be a hill or a mountain directly below you.

I took a Piper Malibu to Cabo San Lucas a few weeks back.  This was my second trip flying to Mexico, but the first where I arranged everything.  Cabo is a beautiful place and the MMSL airport is a fabulous facility. For those who haven’t been fying to Mexico before, MMSL is the place to go.  The folks there are extremely helpful and do most of the paperwork for you.  You just have to pass along your information to them.

Flying to Mexico and back out is different than flying in the US.  First of all, don’t forget your passport. The authorities on both sides frown upon that.  You’ll probably get sent back to the US (or sent back to Mexico if you are on your return trip).  Your aircraft also needs, Mexican insurance (talk to your US insurance agent) a radio license, and a customs decal.

Second, you’ll have to file an ICAO specific flight plan for flying to Mexico.  This is available on Foreflight now, but I really like Fltplan.com’s way of doing it.  I don’t fly internationally enough to remember what everything means, but Fltplan.com does a great job of walking pilots through the the different classifications.  It’s almost impossible to get confused.

Third, you have to fill out an eAPIS form.  This has to be done at least 24 hours prior to departure from the US, but it can be done as far in advance as you’d like.  If your departure time changes or your passengers change, you can edit the eAPIS form to bring it current.

Flying to Mexico IFR is a lot simpler than flying VFR.  I have only flown IFR and it is very easy.  I’m already on a flight plan, already squawking a discreet code, and already on radar, so there really isn’t any way I can mess up the ADIZ penetration.  I really recommend going in and out of Mexico IFR instead of VFR.

Once you land in Mexico, you have to close your IFR flight plan.  The tower doesn’t do this for you.  After clearing customs, you’ll have to pay a landing fee and sign your flight plan confirming you have arrived and closing it out.

When departing, you have to file another eAPIS 24 hours in advance.  Wherever you plan on clearing Customs in the US, you’ll need to call the Customs office no less than 1 hour, but not more than 23 hours before arrival.  It’s called an Advanced Notice of Arrival.

You’ll need to fill out a paper flight plan before departing, clear customs again to leave, then away you go.

There are a lot of really fun getaways in Mexico and flying there doesn’t have to be difficult.  When you have the right information, flying to Mexico can be a breeze!

Ever wanted to be a Cirrus owner, but the economics of being a single owner just don’t make sense for you? If you’re in the Houston area, you now have a chance to join a Cirrus SR22 partnership at the West Houston Airport, KIWS.

The group, CirrusShare, is a 4 member group, but one of the members is looking to sell his share.  The airplane is a 2007 G3 SR22.  It is in excellent condition, with dual WAAS 430s and air conditioning. 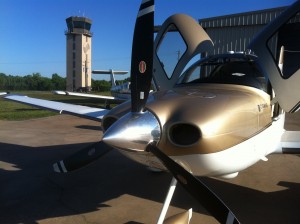 I was speaking with a pilot a few months back who was not instrument rated.  He was telling me of his flying experience while continually speaking fondly of scud running.  He told me several stories, most of the time with a smile on his face, about scud running to his destination while staying clear of clouds.  While he was talking, my mind was cycling through the numerous accident reports I’ve seen where a scud running VFR pilot has crashed into terrain or an obstacle.  Needless to say, scud running is not a very good idea.

This pilot’s stories got me to thinking, how common is the practice of scud running amongst VFR only pilots?  As an instructor, I always teach my private students about personal minimums and making that no-go decision when clouds are below those personal minimums.  The act of scud running falls under several of those dangerous pilot mindsets, get-there-itis, invincibility, and macho-ism, to name a few.

To bring everyone on the same page, let’s define scud running.  Wikipedia has a very good definition:

Scud running is a practice in which pilots lower their altitude to avoid clouds or instrument meteorological conditions (IMC). The goal of scud running is to stay clear of weather to continue flying with visual, rather than instrument, references. This practice is widely accepted to be dangerous, and has led to death in many cases from pilots flying into radio towers and high tension wires; however, even instrument-rated pilots sometimes elect to take the risk to avoid icing or embedded thunderstorms in cloud, or in situations where the minimum instrument altitudes are too high for their aircraft.

To put some numbers with that definition, a scud running VFR pilot would takeoff with a 1200-1500 foot ceiling and stay 700-1000 feet above the ground, right in the area where towers, hills, and rapidly rising terrain reside. 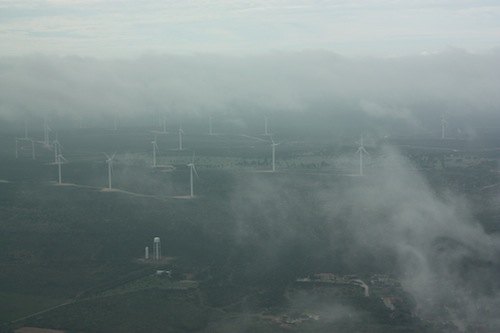 How do we change this mindset?  Well, if someone has been scud running for years without incident, the practice becomes normal, like the pilot I mentioned above.  The mindset of invincibility sets in and the practice continues.  This particular pilot can also lead other pilots to adopt the same practice, encouraging them that nothing will happen to them, since we all know that our pilot peers know better than our flight instructors (insert heavy sarcasm here).

In order to change this mindset, instructors need to emphasize personal minimums from day one.  This includes ceilings, visibility, and winds.  For a seasoned pilot, a review of accident statistics might help the process.

Scud running is not a safe practice.  If you’re a scud runner, you need to rethink your attitude.  Is getting there really worth it?

Still not convinced?  Read this pilot’s experience from AOPA.

Hank Gibson of Texas Top Aviation will still be presenting on Garmin 430/530 Approaches this Saturday at 2pm in the large conference room at Redbird.