I Love the Piper PA46

A lot of my customers ask me which airplane that I train in is my favorite.  The Cirrus and the Columbia both are very good airplanes, but if I had my pick, I’d go with a Piper PA46, specifically an ’86-’88 Malibu. I love the Piper PA46.  6 seat, cabin class, pressurization, air conditioning, great […]

A lot of my customers ask me which airplane that I train in is my favorite.  The Cirrus and the Columbia both are very good airplanes, but if I had my pick, I’d go with a Piper PA46, specifically an ’86-’88 Malibu. 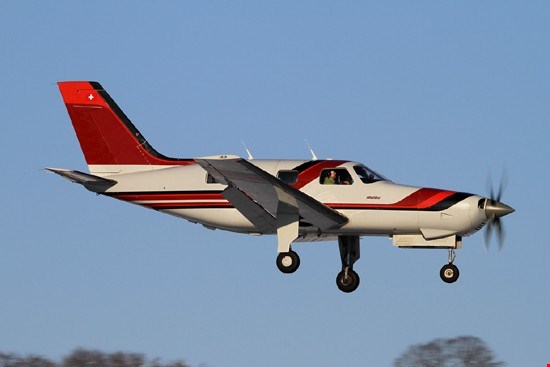 I love the Piper PA46.  6 seat, cabin class, pressurization, air conditioning, great ramp appeal, 17 GPH (in the Continental TSIO 520 or 550; Piper changed to the Lycoming TIO 540 in ’89, which you run rich of peak and burn 22 GPH, decreasing a little bit of the awesomeness).  What more can you ask for?  The interior is roomy, there is plenty of baggage space in the nose and in the rear of the cabin.  They are downright fabulous airplanes.  Plus, you can get into a nice one that has had some panel upgrades and a mid time engine for around $300,000.  That’s not bad.

Cessna tried to make a pressurized single with the P210, but it just doesn’t match up with the Piper PA46. The Piper has more room, more baggage space, a higher max differential pressure and service ceiling, and better air conditioning to boot!

Don’t know much about the Piper PA46?  It’s been called several things.  Originally, it was the Malibu, with a Continental engine.  Now the TSIO 520 was not one of Continental’s better motors.  However, most of the original Malibus have been upgraded to the much better TSIO 550C engine, which is a great product. Cruise around at almost 200 knots at FL200 and burn only 17 GPH.  It’s beautiful.

Piper changed to the Lycoming engine in 1989 and changed the name to the Malibu Mirage, later shortened to just Mirage.

Piper made the ill fated decision in the mid 2000s to quit making the Saratoga and instead make an unpressurized version of the PA46 called the Matrix.  It didn’t last long, only about 10 years or so, and hasn’t been very popular (see:  don’t buy one).  Piper took the best part about the PA46, the pressurization, and took it away, leaving an airplane that you still have to wear oxygen in to get the advertised high speeds in the upper teens and flight levels.  Who wants to be cruising around in a cabin class airplane with oxygen on?  Piper needs to bring the Saratoga back to give folks a low level, high performance option.

What would be my dream Piper PA46?  As stated above, an ’86-’88 model Malibu (Piper started off with hydraulic flaps in the ’84-’85 models and it wasn’t a very good system.  They changed to electric flaps in ’86) with a Continental TSIO 550C upgrade.  The Garmin autopilot isn’t out yet, so I’d go with the STEC 3100 Autopilot w/ a Yaw Damper (the airplane originally came with a King KFC 150, which is a really good autopilot, but most of them are getting old and are getting difficult to fix.  King’s replacement KFC 325 is still slogging through certification.  Garmin’s GFC 600 would be ideal, but that isn’t expected to be certified for the PA46 fleet till late this year).  A single Garmin 10.6″ G500 TXi with EIS tied to a Garmin GTN 750 GPS with a Garmin GTR 225 Nav/Comm as the number 2 radio.

Then I just put gas in it and go.  That would be my kind of airplane.